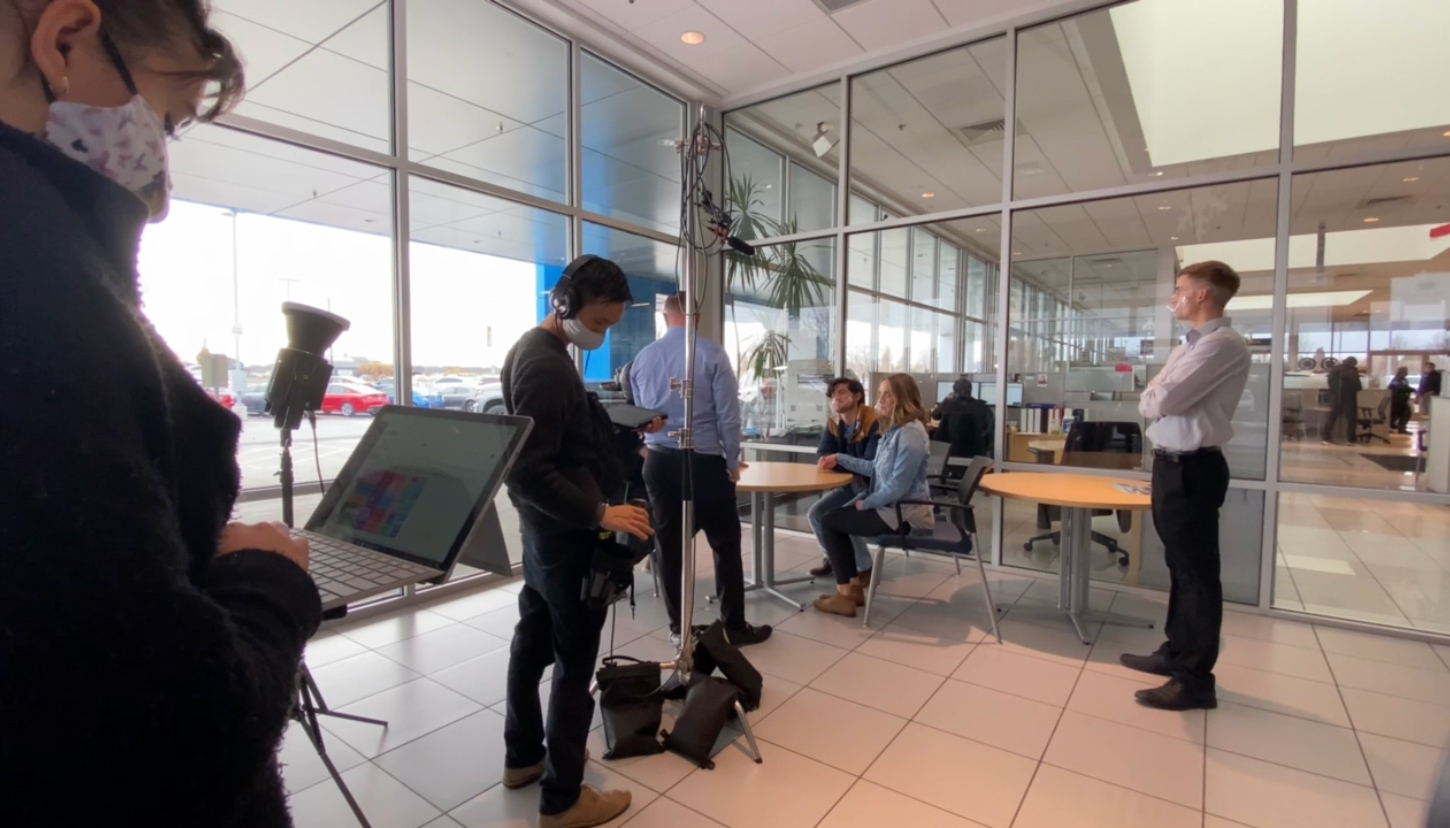 Behind the Scenes - On Set

Finally time for lights, camera, action! The actors and team were ready to go despite the early call time and freezing weather. This was our first time ever running a full production set and through a lot of trial and error and a bit of a bumpy start, once we got rolling, we didn’t stop. As new territory as it was, we knew that all the preparation we’d done prior would help us through whatever struggles we faced.

As you can see in the picture above, we constructed our own production cart complete with all of the camera equipment, a live editing station, an assistant director’s station, our POV helmet (also something we constructed ourselves from an old motorcycle helmet and a camera mount), and a compartment for all of our documents like scripts, shot lists, and scene descriptions. It was all on wheels so we could move it wherever we needed for whatever scene we were doing.

Dustin was our lighting expert and camera man, making sure every shot looked as perfect as it possibly could. Emily was in charge of slating each shot, so we knew exactly what we were filming at all times and kept us all on track. Parker was on the live editor making sure we knew where our good takes were, acted as our second camera man, monitored audio, and filmed with the POV helmet every time we were filming a testing scenario. Sky was assistant directing from the production cart calling which scene was coming up next, saying how the scene was going to look, and directing the actors with their motivation to keep it consistent with the training. Zach was filling in with directing over the entire production whenever we needed it and jumped in to act in scenes throughout the day.

At the end of it all we filmed a total of 67 scenes in one day! Again, we couldn’t have asked for a better cast because they stuck with us, gave fantastic performances, and kept spirits high throughout it all. By the end of that day, we were all overcome with an immense feeling of accomplishment. Here we were, 5 people who had never come close to running a production of any size before having had a completely success of a day. So, what was there left to do? Start getting ready for the next one.