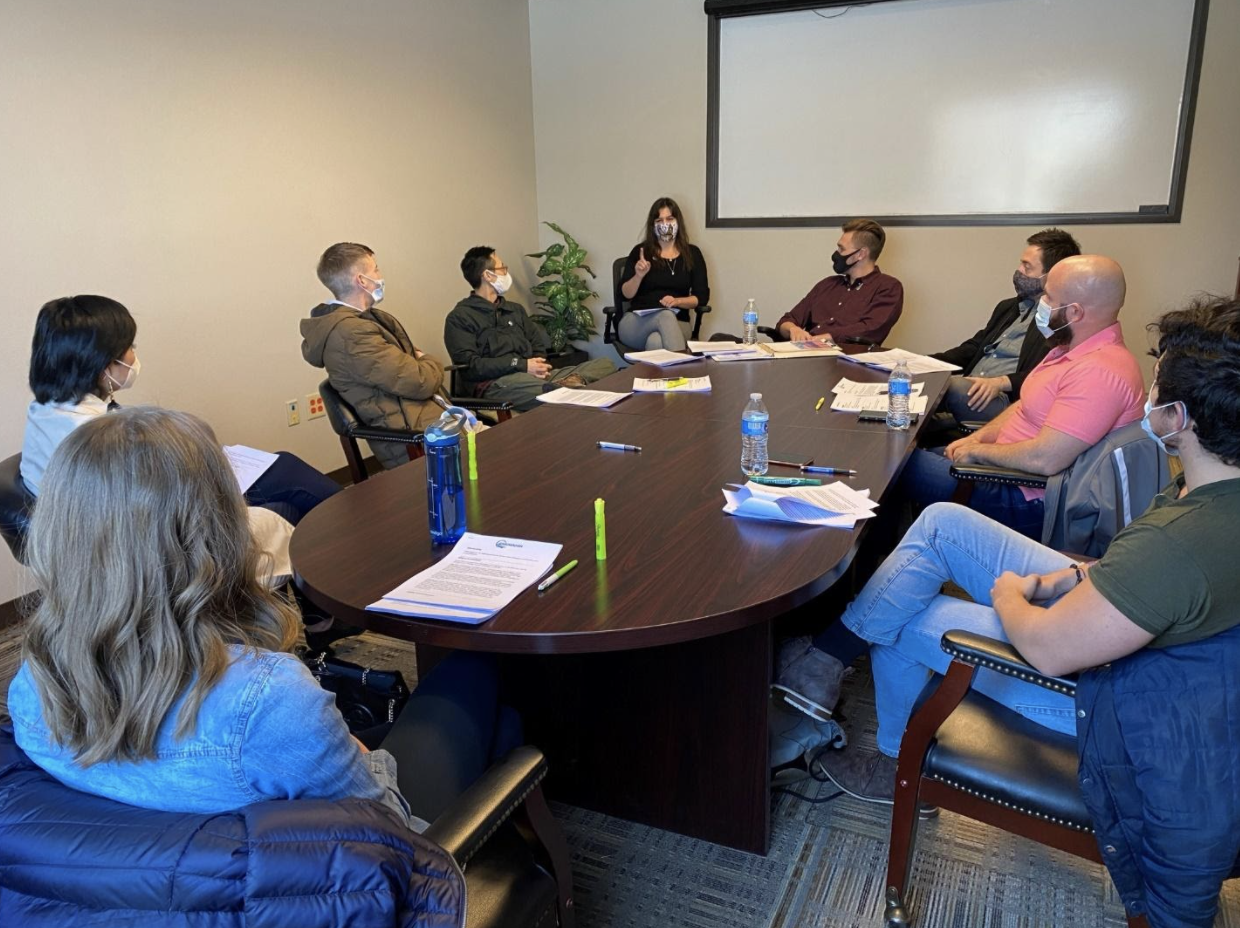 Behind the Scenes - Actor Meeting

A huge part of our applications is the virtual training which consists of training videos and customer role play tests. That’s why we needed to plan a big production with several days of filming and a rotating cast to play customers and sales pros.

The picture you see above is our first ever actor prep meeting. You can see all of the actors sitting around the table with Dustin, Sky, and Parker leading the meeting at the head of the table. There were months of meticulous planning, organizing, and coordinating all leading up to this point where we could now officially say it was day one of production!

There were shot lists, storyboards, casting calls, scene generations, scripts, camera and lighting preps, checklists, slates, live editing runs, contracts…the list goes on and on. But after it all, we had finally made it to the point where actors were in front of us, scripts in hand, and we were orienting them for the shoot day to come.

We couldn’t have asked for a better group of talented individuals to be our cast. Everybody was as eager and excited to get to filming as we were. Of course, filming in a pandemic came with it’s own unique set of challenges, but we took the necessary precautions, pushed through, and ended up with a final product even better than we had hoped for.